Are You in Compliance with the New Partnership Audit Rules?

Many real estate–related businesses are formed as partnerships, making them subject to the regulations for partnership audits under the Bipartisan Budget Act of 2015 (BBA). The proposed regulations — which significantly change the previous rules regarding partnership audits and liability for any resulting adjustments — take effect for taxable years beginning after December 31, 2017. 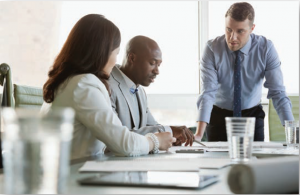 The proposed regulations provide a default audit regime, under which the IRS will assess tax on an adjustment that increases a partnership’s income against the partnership itself, instead of against the individual partners from that tax year. That means the economic burden will be borne by the partners in place when the audit adjustment is completed, not those in place during the tax year that income was underreported.

Alternatively, a partnership can elect to “push out” the adjusted items to the partners from the relevant tax year. The partners would then take their shares of the adjustments into account on their individual tax returns. (Separate proposed regulations provide rules addressing how partners that are pass-through entities, such as partnerships or limited liability companies, take into account pushed-out adjustments.)

Partnerships must make the push-out election no later than 45 days after the date of the IRS notice of final partnership adjustment. The partnership must provide a statement to the IRS and every partner from the relevant tax year, reporting each partner’s share of the adjustment.

Partnerships must elect out of the rules annually, and must disclose certain demographic information about each partner during the taxable year. If the IRS approves the election, it will audit the partnership under the rules that apply to individual taxpayers.

The partnership representative must have a “substantial presence” in the United States, but need not be a partner. Moreover, the BBA doesn’t require the representative to communicate with the partners during an audit.

The effects of the new rules could reach beyond partnerships’ federal income tax liabilities, as the rules also have implications for state and local taxes, financial reporting and the formation of new partnerships. Your CPA can help ensure your real estate business is in the best position to protect itself under the regulations.