Captive Insurance Strategies Can Pay Off for Real Estate Operators

Federal tax law has permitted U.S. businesses to form so-called “captive” insurance companies for many years, and numerous large companies have done so. It’s only relatively recently that the arrangement has gained traction with smaller public and privately owned companies. 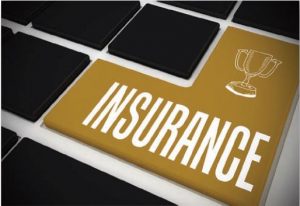 Could your real estate business benefit from pursuing captive insurance strategies? To find the answer, you first need to understand how they work, as well as the potential advantages and disadvantages.

Captive insurance is a form of self-insurance where the insured wholly owns the insurer. The captive insurer can cover the parent company and any subsidiaries.

In a real estate context, this setup can provide a welcome alternative when traditional third-party coverage is too narrow in scope, limited by multiple exclusions or subject to high deductibles. Companies that form their own captive insurers can tailor coverage to their specific risks.

Captive insurance companies commonly cover property damages, including those from windstorms, hail and other weather-related events, as well as environmental liability, including mold and chemical remediation. Other risks covered by captive insurers include:

You even can use captive insurance to cover deductibles on existing coverage with traditional carriers or to obtain coverage not otherwise available or affordable.

The primary advantage of a captive insurance arrangement is the savings on premiums — you control the costs and services, rather than a third party with a profit motive. Even better, you can take a tax deduction for the premiums paid. This contrasts with typical self-insurance coverage, where you can’t claim tax deductions until claims are paid.

As the parent company, you also directly profit from any effective cost or risk management strategies you implement. So, businesses that have adopted the captive insurance model tend to be highly focused on core risk management practices.

Captive insurance isn’t without downsides, however. For example, if claims exceed premiums, you’ll be hit by the captive’s underwriting losses. In addition, the smaller risk pool of insureds makes a captive insurer vulnerable to catastrophic claims. And captive insurers must comply with federal and state insurance laws and regulations, including capitalization requirements.

Certain captive insurance arrangements also have been designated as “transactions of interest” with the potential for tax avoidance by the IRS. The agency has acknowledged that “micro- captive” insurers may be created for legitimate “risk management purposes,” but it nonetheless imposes strict self-disclosure requirements on such relationships. The IRS scrutinizes micro-captives to ensure, for example, that the premiums are properly set and risks are appropriately distributed among policyholders. To avoid running into trouble, have a legitimate business reason for forming a captive, such as better coverage or improved risk management. If tax savings are your primary motive, you may run into trouble.

Finally, running an insurance company requires some investment. You can count on incurring start-up, management and claims administration costs, licensing and related fees, audit expenses and attorneys’ fees. And remember that each state will have separate laws and regulations governing this type of insurance arrangement. Be sure to check with your tax advisor to make sure you’re complying with not only federal laws, but also with the laws in all states where you’re operating.

In the right circumstances, captive insurance has much to offer real estate operators. It allows you to customize insurance coverage, enjoy some significant tax benefits and additional profits, and take greater control of risks and costs. But don’t take the plunge until you’ve consulted with both your attorney and financial advisor.