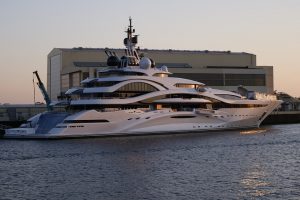 Many businesses have stretched the definition of “marketing” to claim some questionable federal income tax deductions. A recent case involving a real estate developer illustrates how the IRS — and the U.S. Tax Court — generally see through these tactics.

Developer angles for a deduction

The court described the taxpayer in the case as a “serial entrepreneur.” His portfolio of businesses included several developments and a beach amenities company in Florida.

In 2005, he paid about $2 million for a 67-foot fishing yacht. For the three years at issue, the taxpayer took the boat to several regional fishing tournaments, but it otherwise was seldom used. Nonetheless, he claimed yacht-related deductions on the tax returns for the beach amenities business of around $394,000, $127,000 and $113,000.

The IRS disallowed the deductions. It found, among other things, that the yacht expenses weren’t ordinary and necessary business purposes. The taxpayer appealed.

The taxpayer contended that the yacht was a marketing tool for his real property businesses. Specifically, he claimed to get wealthy anglers on board at tournaments and entertain them. Though he had sales packets on board, there was no signage on the yacht advertising his resorts and no visitors log.

The court wasn’t swayed by this argument. It distinguished between entertainment activities, which might have been deductible if directly related to the taxpayer’s business, and entertainment facilities, for which no deduction was allowable. (Note that the Tax Cuts and Jobs Act amended the applicable tax law to make all business entertainment expenses generally nondeductible.)

Because the court also found the yacht was an entertainment facility, it normally would have proceeded to determine which of the deductions were entertainment activity expenses and which were entertainment facility expenses. But it didn’t bother because the taxpayer had provided no credible evidence of a direct relationship between the expenses and the “active conduct” of any of his businesses, “especially the beach amenities business.” And he’d failed to adequately substantiate the expenses.

As a result of the disallowed deductions, the taxpayer faced a much stiffer tax bill. Moreover, he avoided steep accuracy-related penalties only because the IRS made a technical error. Your tax advisor can help you claim — and properly substantiate — business deductions that can withstand IRS scrutiny.