Is a GP Fund Right for Your Deal? 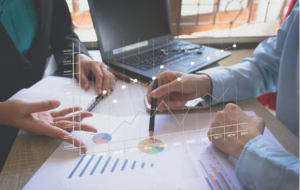 Sponsors are often on the hunt for innovative ways to fund their real estate projects, particularly when they find themselves under capital constraints that limit their ability to invest. Some sponsors turn to general partner (GP) funds to meet their capital contribution obligations while maintaining the freedom to invest in additional projects.

A typical real estate project is structured as a limited liability company (LLC) or limited partnership (LP), with the sponsor serving as the general partner. In addition to managing the daily operations of the project, the sponsor is expected to make a substantial capital contribution and raise capital from other sources. In exchange for doing so much of the heavy lifting, the sponsor receives a disproportionate share of the profits (that is, more than its capital contribution percentage), commonly known as the “promote.”

Often sponsors participate in multiple projects. Because they don’t receive promote distributions until the later stages of a project, some sponsors might not have the necessary capital to participate in all of these projects. That’s where a GP fund can come in handy.

To start, the sponsor forms a joint venture equity fund to raise sufficient capital to cover its investment requirements, giving investors the opportunity to participate in the GP project and share in the sponsor’s promote distributions. The fund could raise additional capital through a private offering and then use the proceeds to make the requisite GP investment in several projects.

Of course, the sponsor might run into some resistance. For example, limited partners in the underlying project might worry that the sponsor will lose the incentive to run the project efficiently and minimize risks when it has less of a financial interest at stake in the project. But the sponsor’s compensation remains closely tied to the project’s performance, and the sponsor risks reputational damage that could hurt its odds of raising funds in the future.

These arrangements aren’t to be entered into lightly, though. If you’re thinking about starting a GP fund, consider the following:

Distributions. These generally follow the customary private equity structure: GP fund investors receive the amount of their original investment plus a preferred return. The fund will then divide extra profits after those payments between the investors and the sponsor according to a predetermined formula. That formula may shift the split in the sponsor’s favor as the project achieves certain benchmark internal rates of return. Distribution timing tends to follow that of the underlying project. (This timing applies to capital calls, too.)

Fee income. Investors in the GP fund usually pay the sponsor a management fee based on the amount of capital the fund invests. The fund generally doesn’t share in the fees the sponsor receives for services to the underlying real estate project (for example, property management or leasing fees).

Decision-making authority. GP fund investors rarely participate in the management decisions — understandably, the other investors in the underlying project would frown on that. After all, they invested in the project based in part on the sponsor’s expertise.

Done right, GP funds can serve as valuable investment vehicles for both sponsors and investors. The arrangements generally are complicated, though, so consult with your CPA to be sure you’re covering all of your bases.