Net Operating Losses: Losing Money Might Have a Silver Lining 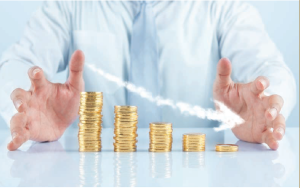 It’s probably safe to say that your goal as a business owner is to make, not lose, money. But there are situations in which your company might be able to minimize the impact from business losses.

If your company’s tax-deductible expenses exceed your taxable income in a given year, this results in a net operating loss (NOL). With proper planning, you might be able to use NOLs to reduce your tax liability.

The IRS rules about NOLs can be complex, but the concept is relatively simple: NOLs allow businesses to use losses incurred in one year to offset income earned in other years, thus reducing taxable income and the amount of tax due in those profitable years.

NOLs can generally be carried back to the prior two tax years, or the prior three tax years in certain situations. Carrying back NOLs will enable you to recover past tax payments and result in a tax refund, thus boosting your current cash flow.

Alternatively, NOLs can be carried forward up to 20 years. In other words, you can offset income earned in future years with losses your business incurs now.

Should you carry NOLs back or forward?

So which strategy makes more sense: carrying NOLs back to offset income in one or both of the prior two years or holding onto NOLs to possibly offset future income? The answer depends on several different factors.

First, how is your current cash flow? If it’s relatively strong and you don’t necessarily need a cash flow boost in the form of a current tax refund, you might decide to hold onto the NOL and save it for the future. Of course, this assumes that you anticipate having profitable years in the future.

But you also should consider the time value of money — in other words, the fact that tax savings realized now are inherently more valuable than those realized in the future. According to this thinking, it’s more beneficial to carry NOLs back to reduce taxes in prior years and reap the tax benefits right away.

If you have NOLs in more than one year, it’s usually wise to exhaust all of the NOLs from the first year when they were created before using the losses from more recent years. If you have any remaining NOLs after 20 years, they will be canceled — so this strategy reduces the risk of losing the tax-saving benefits of your earlier losses.

With the new presidential administration, there’s been a lot of talk about substantive tax reform. It’s still too early to get a good sense of what that reform might look like, including whether it would impact the strategy of using NOLs to reduce taxes.

So, keep a close eye on tax reform developments going forward. And speak with your tax advisor about their possible effect on this tax-saving strategy.

Sidebar: How NOLs can save taxes

Here are several examples that help illustrate how NOLs can save a business tax dollars:

Example 2. Now let’s suppose your company had a $100,000 profit two years ago and the same $200,000 NOL this year. You could carry back half of your NOL to offset that year’s profit, leaving you another $100,000 to carry forward from two years ago to last year.

Example 3. Then imagine you broke even last year. In that case, you’d have $100,000 of the loss available to offset profits in future years. So if your company has a $50,000 profit each of the next two years, these profits could be offset by the remaining $100,000 NOL, resulting in no tax due in either of these years.