Nonprofits: You Too Could Fall Victim to a Celebrity Scandal 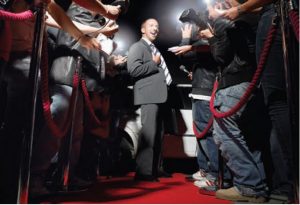 Celebrities — whether they’re Hollywood stars, hometown sports heroes or local TV news anchors — can provide a big boost to the charities they publicly support. A celebrity can help raise awareness of your mission, attract new audiences, generate donations and change public opinion on an issue.

The flip side is that stars can also harm an organization by association. Accusations connected with the #MeToo movement have recently brought down many famous people and, in some cases, caused major headaches for the charities they’ve supported.

In one of the more extreme examples, an arts foundation established by an award-winning actor was shuttered earlier this year after several people accused him of sexual misconduct. But even charities whose ties to disgraced celebrities are more tenuous have experienced decreased donations and loss of public support. Of course, the risk of becoming collateral damage isn’t new. Long before #MeToo, charities grappled with such PR challenges as board members arrested for drunk driving and major donors indicted for embezzlement.

If you’re caught off guard in one of these scenarios, the first general rule is to act fast. A quick initial response should, if nothing else, acknowledge the reports, express concern and make your nonprofit’s relationship with the accused individual clear. Follow up regularly as new details and developments emerge. It’s important to remember that whether those associated with your nonprofit are actually guilty of a crime, ethical violation or bad behavior matters little in the court of public opinion. To protect your reputation, you need to create distance between your organization and the accused.

What you can control

But don’t wait for your nonprofit to make headlines for all the wrong reasons. Take these steps before a PR disaster to minimize the damage to your organization’s reputation:

Public perceptions are difficult to influence at the best of times. But if your nonprofit finds itself at the center of a PR crisis through no fault of its own, the worst possible action is to take none.

Let us be your nonprofit watchdog. If you have any questions, please contact us at (973) 328-1825 or services@nisivoccia.com.