The Financial Accounting Standards Board’s (FASB’s) new standard for accounting for leases is poised to take effect for public companies and certain other entities for periods beginning after December 15, 2018. Although early adoption is permitted, other organizations that follow U.S. Generally Accepted Accounting Principles (GAAP) must comply for annual periods beginning after December 15, 2019, and for interim periods beginning a year later. The standard will directly affect companies that lease assets. But it will impact lessors, too, particularly when negotiating leases with tenants. 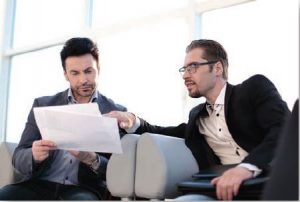 The new rules in a nutshell

Accounting Standards Update (ASU) No. 2016-02, Leases (Topic 842), classifies leases into finance leases (which transfer control of assets at the end of their term) and operating leases. Lessees must recognize the latter on their balance sheets as a right-of-use asset and a corresponding lease liability. Traditionally, companies didn’t report operating leases on their GAAP balance sheets. So, those with substantial operating leases will likely see their reported assets and liabilities increase significantly under the updated guidance.

Lessors won’t see much change to their accounting. They’ll generally continue to classify leases as sales-type, direct financing or operating. The leverage lease classification is eliminated, though.

The ASU does include some “targeted improvements” for lessors’ financial statements, intended to align lessor accounting with both the lessee accounting model and the updated revenue recognition rules. For example, they may be required to recognize some lease payments received as deposit liabilities in cases where the collectibility of lease payments is uncertain.

In addition, the ASU changes the definition of “initial direct costs” to include only incremental costs that wouldn’t have been incurred if the lease hadn’t been executed, such as commissions or payments to incentivize an existing tenant to terminate. Costs that were previously included but would have been incurred even if the lease hadn’t been obtained — for example, fixed employee salaries — are now excluded.

The new rules for leases likely will affect lease negotiations. For example, variable lease payments, such as rental payments based on the Consumer Price Index or a percentage of retail sales, aren’t included when determining a lessee’s lease asset and liability. For leases with such provisions, the tenant’s initial base rent may be its only reportable fixed payment.

In addition, the ASU allows lessees to elect not to recognize assets and liabilities for leases with a term of 12 months or less. This will potentially make shorter terms more desirable, especially for tenants with debt covenants based on liabilities. Alternatively, these tenants may prefer finance leases because interest and amortization expenses would be excluded from their EBIDA (earnings before interest, depreciation and amortization). If so, they might seek finance leases with build-to-suit provisions and bargain purchase options.

In August, the FASB proposed some simplifications for lessors. At this time, it’s unclear when those may take effect. In the meantime, don’t shrug off the new lease accounting rules because of their greater impact on tenants. Some of your accounting also will change, and lessees will come to the negotiating table looking to minimize the adverse effects on their financial statements and debt covenants.