The Protecting Americans from Tax Hikes (PATH) Act was signed into law in late 2015, so most investors have had time to review how it will affect their portfolios. Here’s a summary of several provisions that provide tax benefits for REITs

Generally, REITs must pay a 100% tax on net income from prohibited transactions, including a sale of property held as inventory or primarily for sale to customers in the ordinary course of business. An exception may apply when, among other things, the tax basis or fair market value (FMV) of the property sold in a year doesn’t exceed 10% of the aggregate tax basis or aggregate FMV of the REIT’s assets at the start of the year.

The PATH Act also authorizes the IRS to provide an alternative remedy that won’t jeopardize REIT status when a REIT pays a preferential dividend. The agency may do so if the payment was inadvertent or due to reasonable cause and not due to willful neglect.

Beyond prohibited transactions and preferential dividends, the PATH Act also made changes to:

Asset and income tests. REITs must satisfy an asset test and two income tests. Under the PATH Act, debt instruments issued by publicly traded REITs and interests in mortgages on real property now count as real estate assets for purposes of meeting the 75% asset test each quarter, as long as their value doesn’t exceed 25% of the value of a REIT’s total assets. Income from such debt instruments is now generally treated as income for purposes of the 95% income test, but not the 75% income test.

Taxable REIT subsidiaries. For tax years beginning on or after December 31, 2017, the PATH Act reduces the limit on the value of all TRSs from 25% to 20% of the value of a REIT’s assets. TRSs can provide services — including marketing, development and management of foreclosure property — to their parent REITs without subjecting the REIT to the prohibited transaction tax or causing the loss of foreclosure property status.

These are only some of the PATH Act provisions affecting REITs. Others address the designation of dividends, ancillary personal property, hedging, and the earnings and profits rule. If you have REIT investments, review how the changes apply to your portfolio to ensure you’re getting the most out of the new provisions.

What about foreign investments?

The Foreign Investment in Real Property Tax Act (FIRPTA) imposes U.S. income tax on non-U.S. taxpayers that earn income on the disposition of U.S. real property interests. The tax applies to sales and corporate distributions, and the purchaser or the distributing corporation must withhold the tax. The PATH Act made several changes to FIRPTA that could make REITs more appealing to foreign investors. 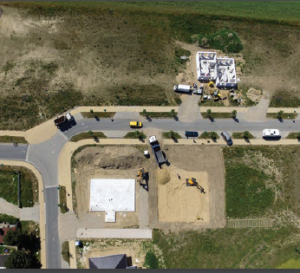 The PATH Act also made it easier for publicly traded REITs to take advantage of the FIRPTA exception for dispositions of stock in domestically controlled REITs. It created a presumption that all shareholders with less than 5% of a REIT are U.S. persons unless the REIT has actual knowledge to the contrary.