Why It’s Risky to Rely on Unofficial IRS Guidance 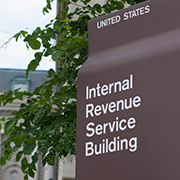 In a recent blog, National Taxpayer Advocate Nina Olson explained why taxpayers can’t rely on answers to Frequently Asked Questions (FAQs) and Answers and other forms of “unofficial” guidance that are posted on the IRS website. While tax professionals already knew this, many taxpayers may find it to be a disturbing revelation.

Olson’s blog notes that there are three types of tax guidance:

Regulations are subject to careful internal review and public comment before they are issued. If taxpayers rely on guidance published in temporary and final regulations (and some proposed regulations), they can’t be assessed additional taxes or penalties for failing to follow the rules.

The IRS is generally required to follow its own published guidance. However, taxpayers can challenge IRS positions in court and seek to persuade the court that their own interpretation of the underlying tax law is correct. Occasionally, some published guidance is withdrawn or replaced by more current guidance. If taxpayers rely on currently applicable published guidance, they can’t be assessed additional taxes or penalties for failing to follow the rules.

The IRS puts out what it calls unofficial guidance in many forms including tax forms and instructions, press releases, online publications, website articles and website FAQs and Answers. Such unofficial guidance generally isn’t subject to careful internal review or public commentary before being released. Moreover, the IRS takes the position that taxpayers cannotrely on unofficial guidance even though the IRS has put it out there for public consumption.

For example, FAQs and Answers can be changed at any time and without any public notice. The same holds true for information in IRS publications that are posted on its website. So, if you rely on unofficial IRS guidance in taking a position on a federal tax return, the IRS can audit you and assess additional taxes, as well as interest and penalties on any unpaid taxes, because you didn’t follow the rules — even though what you did was consistent with what the IRS said in unofficial guidance at the time.

Olson’s blog concludes that it’s unfair to taxpayers that the IRS can change its mind and assess additional taxes, interest and penalties after you’ve filed a tax return based on unofficial IRS guidance. She notes that some unofficial guidance — such as FAQs and Answers — may be published out of necessity in emergency circumstances and when guidance must be issued quickly.

For example, the IRS issued FAQs and Answers to provide quick guidance on the tax treatment for 1) relief provided to victims of Hurricane Katrina, and 2) losses suffered by victims of the Bernard Madoff Ponzi scheme.

Olson recommends that the IRS release FAQs and Answers as official guidance that taxpayers can rely on (similar to IRS Notices and Announcements) as quickly as possible when an issue affects a significant number of taxpayers or will have ongoing relevance.

In addition, Olson recommends that all unofficial guidance include a prominently displayed disclaimer warning taxpayers that the guidance is not binding on the IRS and that taxpayers shouldn’t rely on it because it may not represent the IRS’s official position.

Taxpayers Who Rely on Professional Tax Advice Can Avoid Penalties

Want to avoid IRS penalties? If you hire a competent tax professional and follow his or her advice, you’ll be protected from most IRS penalty assessments as long as you provide the professional with full information about the tax issue in question. Relying on a tax expert demonstrates that you acted in good faith when filing your tax return and reasonably attempted to comply with the tax law. That’s one more good reason to seek professional assistance rather than turning taxes into a risky do-it-yourself project.