On the campaign trail, President Trump pledged that tax reform under his leadership would target carried interests — more widely known in the real estate industry as the “promote” in partnership agreements or operating agreements for limited liability companies (LLCs) that are treated as partnerships for tax purposes. In the end, the Tax Cuts and Jobs Act (TCJA) only modifies the rules for carried interests, largely preserving their favorable tax treatment, rather than eliminating that treatment. 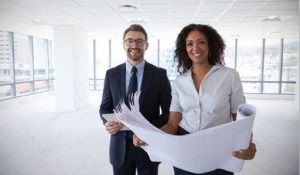 Under prior tax law, profits from these interests could often qualify as lower-taxed capital gains rather than higher-taxed ordinary income. When this 20% capital gains rate was combined with the 3.8% net investment income tax (NIIT), a developer typically would pay a maximum federal tax rate of only 23.8% on the promote, vs. paying the maximum ordinary-income rate (39.6% under prior law or 37% under the TCJA).

A developer generally is considered a service provider, and the holding period applies to both capital gains allocated to a profit interest from capital assets held by the partnership or LLC and capital gains on the sale of the interest itself.

Notably, the longer holding period covers carried interests created before and after the TCJA’s effective date. So, developers must hold existing promotes for three years to avoid taxation at ordinary-income tax rates. The TCJA also imposes immediate short-term capital gains treatment on certain transfers of carried interests to family members and co-workers in an applicable trade or business.

The TCJA has raised several issues that aren’t squarely addressed in its lengthy text. For example, it remains uncertain whether the three-year holding period applies to carried-interest gains from sales of Section 1231 real property that’s used in a trade or business.

Some experts have asserted that it doesn’t appear to apply to Sec. 1231 property. But others believe Congress intended for such property to also be subject to the longer holding period under the TCJA. If so, and a rental property is sold more than a year — but less than three years — after it’s placed in service, any carried interest would be subject to ordinary-income tax rates.

In March 2018, the IRS clarified that the word “corporation” as used in Sec. 1061 doesn’t include S corporations. That change goes into effect for taxable years beginning after December 31, 2017, the same general effective date as for Sec. 1061.

Additional IRS guidance on the new holding period provision for carried interests is expected. In the meantime, developers and others with carried interests in real estate projects should proceed with caution to minimize their tax liability.

Is it time to convert to a C corporation?

The significant reduction of the corporate tax rate under the Tax Cuts and Jobs Act (TCJA) to a flat 21% might prompt some real estate businesses to consider converting to C corporation status. However, the decision may not be clear cut.

Paying tax on distributed earnings is just one consideration when selecting the optimal business structure for your real estate project. Many other legal issues and provisions of the new tax law should factor into your decision. Consult with your financial and legal advisors to determine the best course of action.