The Tax Cuts and Jobs Act: How it Will Change Your Taxes in 2018 — and Beyond 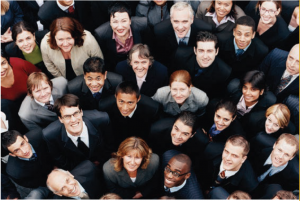 When the Tax Cuts and Jobs Act (TCJA) was signed into law in late 2017, it set in motion the most dramatic overhaul of the federal income tax system since the 1980s.

The new law generated many headlines about reduced taxes for businesses. But it also will bring some significant changes to the amounts individual taxpayers end up owing the IRS, starting this year and generally running through 2025. The sweeping legislation affects everything from income tax rates, deductions and credits to the alternative minimum tax (AMT) and the estate tax.

Your tax bracket and rate

Your deductions — standard and otherwise

The raised standard deduction is intended to reduce the number of taxpayers who itemize their deductions. To that end, the TCJA also substantially restricts some of the most popular itemized deductions.

Some other itemized deductions also will be curtailed for 2018–2025. For example, miscellaneous itemized deductions subject to the 2% floor, such as investment expenses and unreimbursed employee business expenses, have been suspended. And the deduction for personal casualty and theft losses survived the new law, but is allowed only for casualty losses attributable to a federally declared disaster.

There are also changes to “above-the-line” deductions. For instance, for divorces finalized after 2018, alimony payments won’t be deductible for the paying spouse ― though, on the plus side, they won’t be taxable for the receiving spouse.

The TCJA expands the availability of various family tax credits to help mitigate the loss of the personal exemption. For 2017, taxpayers could claim a personal exemption of $4,050 each for themselves, their spouses and dependents, but the TCJA repeals the exemption for 2018–2025.

During that period, it boosts the child credit to $2,000 per child under age 17. And it extends the credit to more families by lifting the phaseout thresholds to $400,000 in adjusted gross income for married couples and $200,000 for other filers.

For 2018–2025, the TCJA also establishes a temporary $500 nonrefundable credit for qualifying dependents other than children, such as a dependent child age 17 or older.

Despite efforts by the House of Representatives to repeal both, the AMT and the estate tax live on. However, the TCJA narrows the number of taxpayers who will run into them for 2018–2025.

The law also doubles the estate tax exemption through 2025, to $10 million, adjusted for inflation. The inflation-adjusted exemption is currently expected to be approximately $11.2 million for 2018, although, as of this writing, the number hasn’t been finalized.

At almost 500 pages, the TCJA contains numerous far-reaching provisions that might affect your taxes going forward. Your CPA can help you navigate the law and minimize your tax liability.

The TCJA also expands the popular Section 529 plan, which many families use to grow their savings tax-free for their children’s college. Distributions from 529 plans are tax-free when applied to qualified expenses, including tuition, fees, books, room and board, and the purchase of any computer technology or equipment, Internet access or related services.

Under the TCJA, taxpayers can use tax-free 529 plan distributions to fund qualified expenses not just for higher education but also for elementary and secondary school education. But it limits plan distributions for K-12 expenses to $10,000 each year. The limitation applies on a per-student basis, not a per-account basis. So a student with multiple accounts may nonetheless receive no more than $10,000 in tax-free distributions annually.