They’re Back: Audit Rules Targeting Partnerships Can Now Be Applied 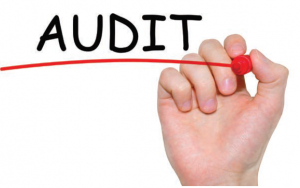 The new audit rules, prompted by the Bipartisan Budget Act of 2015, will affect all partnerships, regardless of size. Certain partnerships with 100 or fewer partners will be able to opt out of the new rules. However, the opt-out process itself involves additional reporting and disclosure requirements.

Under the new rules, the IRS will assess and collect taxes at the partnership level. This is a major departure from current rules, under which the IRS generally assesses and collects taxes at the individual partner level. By easing the administrative burden associated with collecting tax from individual partners, the new rules will likely produce a dramatic rise in the number of partnership audits.

How will the new rules work?

The new rules don’t just streamline the audit process; in some cases they’ll actually increase the aggregate tax liability of the partnership and its partners. In an audit under the new rules, the IRS will determine any adjustments to the partnership’s income, gains, losses, deductions or credits — as well as to partners’ distributive shares of these items — and assess any additional taxes, penalties and interest against the partnership.

Additional taxes will be determined by multiplying the net adjustment by the highest marginal individual or corporate tax rate for the audited year. The result is an “imputed underpayment,” which the partnership takes into account in the adjustment year.

This approach will create several problems for partnerships and their partners. For example, because the new rules assess the tax at the highest marginal rate, partners lose the benefit of partner-level tax attributes that ordinarily would reduce their tax liability.

To ease this burden, partnerships will be allowed to reduce their imputed underpayment by proving that a portion of it is attributable to tax-exempt partners, partners taxed at lower rates, or income taxed at lower rates (such as capital gains). But compiling this information from all one’s partners may be time-consuming.

How will the rules affect tax liability?

Because the new rules take additional taxes into account in the adjustment year, current partners may be liable for tax mistakes that benefited former partners. Two exceptions will allow a partnership to shift the liability back to its former partners. Partnerships can reduce or avoid entity-level taxation by:

These exceptions allow a partner to avoid inequitable results, but meeting them will be a challenge.

For partners only: By the time the new rules take effect, you’ll need to replace your “tax matters partner” with a “partnership representative.” This person can be a partner or nonpartner and must have a substantial U.S. presence.

Choose your representative carefully. He or she will have broad authority to bind the partnership and its partners in dealing with the IRS, and partners will no longer have the right to participate in a partnership audit.

What about opting out?

Partnerships with 100 or fewer partners may opt out of the new audit rules. But you can opt out only if your partners are individuals, C corporations (including foreign entities that, were they domestic, would be treated as C corporations), S corporations or estates of deceased partners. A partnership with just one nonqualifying partner (another partnership or a trust, for instance) doesn’t qualify, regardless of its size.

The new audit rules alter many significant aspects of partnership audits. Consult with your tax advisor to learn, in detail, how your partnership will be affected.