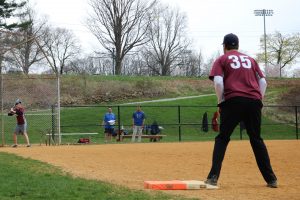 Tuesday night kicked off the softball season for the men of Nisivoccia LLP. The game was a close one between Nisivoccia LLP and Wyndham Worldwide that went back and forth throughout, and proved to be a defensive battle.

Nisivoccia went down by four after the top of the sixth, but seemed unphased and put up 6 runs in the bottom of the sixth to take a two run lead.  Wyndham was only able to tie the

game in the top of the seventh, which opened the door for Nisivoccia to need only one run to win the game.  With players Mike Smith, James Wood and Brian Ko leading off the bottom of the seventh and all reaching base safely, a crucial hit by our opening night’s sub, Mr. Revis, sealed the deal and Team Nisivoccia walked away with a big opening night victory! 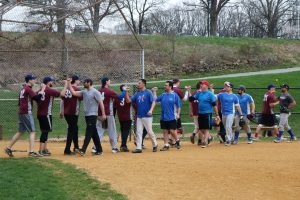 “It was a great way to start off the season,” Coach James Wood said. “Thank you to those who came out to support Team Nisivoccia and enjoy a big win.”

Below are last night’s top performers, and attached are the offensive stats.

The next game is scheduled for Monday, April 30th, against Whippany Actuation Systems at the Doe Meadow field in Morristown. Let’s go Nisivoccia!