What You Need to Know About Construction Loans

Not all loans and loan processes are the same. Securing commercial real estate loans is different from securing construction loans. If you’re seeking a construction loan, here’s some information to help you understand the lender’s mindset. 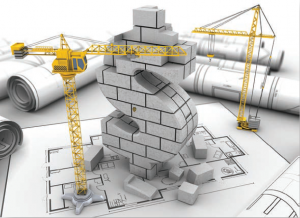 While lenders secure regular commercial loans with existing cash flow, they secure construction loans with unfinished collateral. The collateral’s value depends on the appraised land value, the project’s completion and its estimated economic viability. So, it’s natural for lenders to seek assurances that a developer will manage construction risk from the project’s start. They also want to ensure that developers have enough money invested in the venture to overcome construction problems and complete the project successfully.

In a tight credit market, lenders evaluating construction loan applications consider the project’s loan-to-value (LTV) ratio. This is calculated by dividing the loan amount by an appraiser’s projection of the fair market value of the completed and occupied project multiplied by 100%. Conventional lenders look for an LTV that isn’t higher than 75% to 80%.

Lenders also want to know the project’s loan-to-cost (LTC) ratio. This is the loan amount divided by the total project cost from the time of acquisition to project completion. Because lenders are often wary of preconstruction appraisals, they may look to the LTC in their underwriting evaluation.

Predevelopment project costs include all expenses before construction, such as architectural, engineering, survey, legal and permit work. They can also include land acquisition and demolition costs. Development costs encompass expenses from site preparation through construction, including materials, labor, insurance and taxes.

Traditionally, lenders require developers to have at least 20% equity in the project, which can take the form of free-and-clear land. In some situations, lenders may require higher contributions from developers — and may want personal guarantees as well.

Your lender will also look at your net-worth-to-loan-size ratio. Your net worth should be at least as large as the loan amount. Be prepared to provide lenders with information explaining where preconstruction money was spent and the sources for those funds.

Lenders look for red flags when sizing up a project. For example, is land value based on its purchase price or its current market value? If you list the land value as higher than the purchase price due to improvements, expect lenders to question that claim. A higher value may be justifiable, if the developer assembled several parcels to form the development site, but it won’t be justified for costs incurred while demolishing an existing building.

Lenders may require various conditions and provisions in both the construction and loan documentation to ensure the project is constructed well, within budget and on time. This includes contract time provisions, use of the property, detailed costs, and caps on change orders and cost overruns. For larger projects, some lenders will require periodic site visits by an independent engineer or accounting professional to ensure that the project is progressing as planned and the percentage of costs incurred jibes with the project’s percentage of completion.

In addition, lenders will seek provisions for dispute resolutions and bonding for contractors. Finally, lenders look for assignable contracts to facilitate completion of the work in case of default.

Remember, lenders also will review your track record — both in the market area and with the type of project being developed, as well as with the financial institution. As with all major decisions, contact your attorney and CPA to review your paperwork before signing.